Tropical forests are among the most important global carbon sinks and hence their capacity to counter climatic change is of paramount importance. Nevertheless, their capacity to fix carbon seems to have decreased as consequence not only of the destruction of thousands and thousands of forest hectares, but also due to a decline in their efficiency to fix atmospheric CO2 as a result of temperature increase (global warming). In this sense, initiatives such as REDD+ have been implemented to promote the protection of these ecosystems through economic rewards to those countries that preserving them.

The results of this work were published just few days ago in the prestigious publication Frontiers in Plant Sciences. Our study showed that carbon stocks storage in these Andean tropical montane forests (227 ± 63 Mg/ ha) are very similar to those reported by other studies in other tropical montane forests (271 Mg/ ha). But the most interesting is that, although the relative carbon stocks of different forest compartments changed along altitude, the total carbon stock did not. In addition, seems that the differences found across different forest compartments in Ecuador and Peru could be driven by climatic reasons: in the upper and therefore colder altitudes, the existence of a higher precipitation seasonality would promote higher soil organic carbon turnover rates, a fact that would favour a higher nutrients availability for plants. In consequence, albeit under those scenarios there would accumulate less organic carbon in the soil, there would be more aboveground and belowground biomass.

Our study not only contributes to manifest the role of tropical montane forests as carbon sinks, but also is key to formulate policies and design conservation and management plans in those ecosystems, and to understand how climatic change may affect these processes. 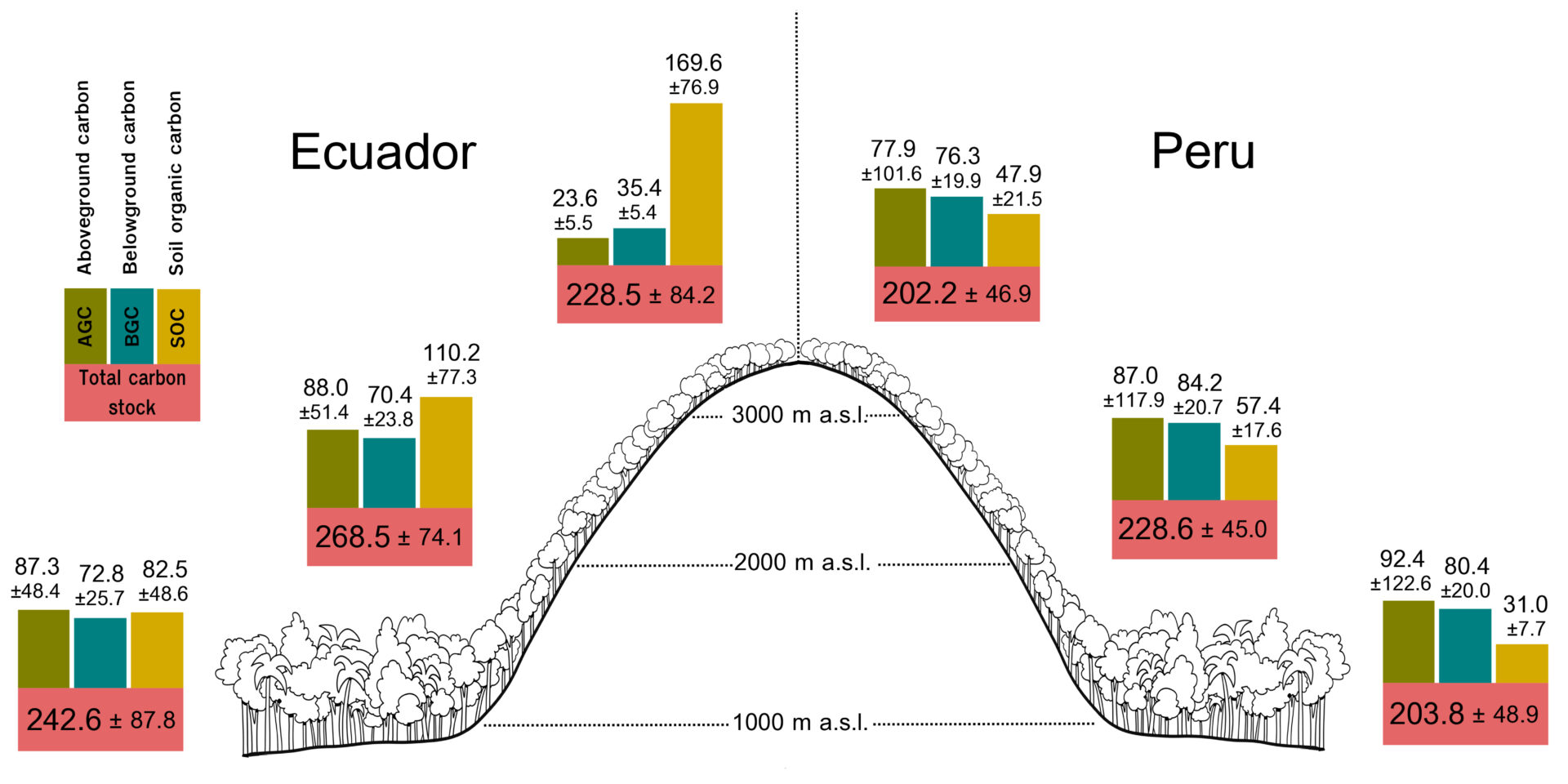 Carbon stocks (mean ± sd) for each forest compartment (above and belowground biomass, and soil organic carbon) and total carbon stock per altitudinal belt.

In the image can be seen the relative carbon content of different forest compartment change along altitude, but the total content keeps constant along it. The different trends found in upper elevations both in Ecuador and Peru could be due to differences in precipitation seasonality existing at those locations.