Pint of Science fest aims to spread scientific discoveries to a broad audience in a chill, relaxed and catchy way. And what a best manner to accomplish such a target that taking science to bars, pubs or cafes to get to know the last breakthroughs in environment, medicine or technology while enjoying a beer or a coffee?

The idea was incepted in UK in 2012, where a research group in neurodegenerative diseases from Imperial College noticed the big gap existing between their patients` knowledge about their own ailments and the ongoing scientific research aiming to heal them. To solve this issue, patients where invited to labs where they were introduced into the state of the art in techniques used to develop new therapies. At the end, patients were delighted, so were scientists. However, the complexity of taking people to the labs made researchers considering taking labs to people instead and, would be a best way of achieving so that from a bar? Since then, this event has kept growing and in 2019 has been celebrated in 24 countries. In Spain it has taken place in 73 cities and Guillermo- Bañares-de Dios participated representing our group.

On May 22nd, Wednesday, in the downtown bar Cuatro Gatos music café, couple of speeches about Planet Earth topic took place. Guillermo wanted to commemorate the 250 anniversary of the naturalist Alexander von Humboldt to discuss about the historical relevance of scientific expeditions to the tropics and why they still remain very important: von Humboldt accomplished some expeditions in tropical areas of Latin America that allowed to discover new species, to start understanding their distribution mechanisms and to suggest new theories. Nevertheless, 250 years later, still surprisingly exist some areas in our planet where the inhabiting species remain unknown. Therefore, scientific expeditions and field work still are nowadays key tools to get to know Earth`s biodiversity and to understand the effect that on it may have climatic change and other mankind triggered processes.

In addition, Guillermo showed photos and videos from the scientific expeditions to the Rio Abiseo National Park (Peru), which he joined with the project BOTROPANDES in 2016 and 2017. He aimed to illustrate that, although things are not as challenging than on Alexander` s days, still exist very remote, hardly accessible locations that foster a great biodiversity which must be known to be preserved. Finally, he explained some of the questions that are being addressed using the data obtained within these expeditions and, to challenge the audience and check whether they kept the main ideas, he conceived a quiz with the kahoot app so they could face some questions.

Pint of Science was without any doubts an amazing and recommendable experience. Getting out from universities and share the importance of our research to the society, on an easy and understandable language, without technicisms, is the best way for the people to value our work and to raise awareness about the importance of conservation. 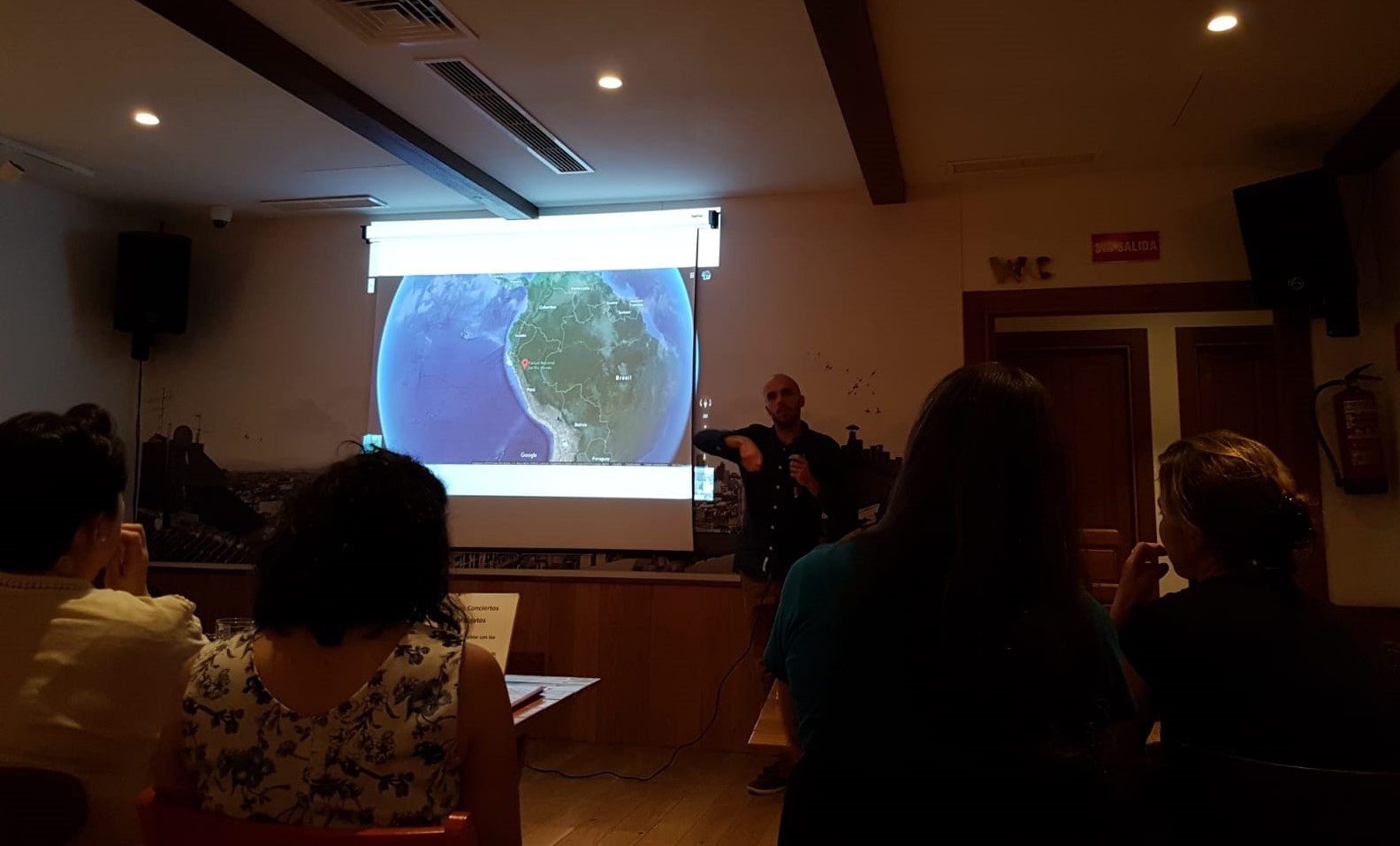